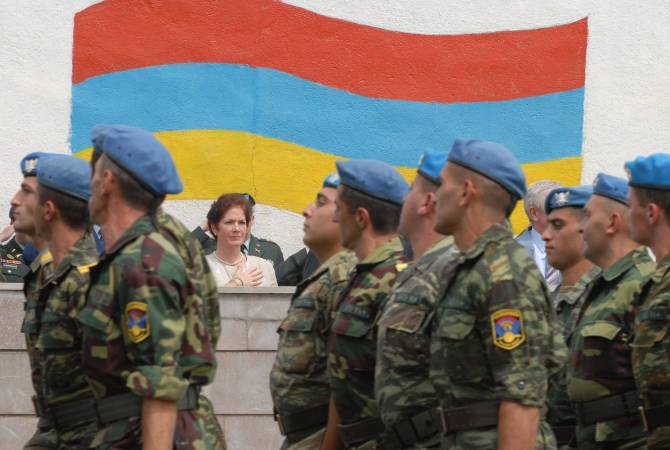 
YEREVAN, JANUARY 28, ARMENPRESS. The Embassy of the United States in Armenia addressed a congratulatory statement on social media on the occasion of the 30th anniversary of the Armenian Armed Forces on January 28.

“As Armenia honors its armed forces today, we recognize those who have served and express our gratitude for Armenia’s partnership with us, including in international peacekeeping efforts. We honor those who have fallen in defense of their nation and salute the families and citizens who support them”, the Embassy said in a statement.

The Republic of Armenia and Armenians around the world celebrate the 30th anniversary of foundation of the Armenian Armed Forces on January 28.