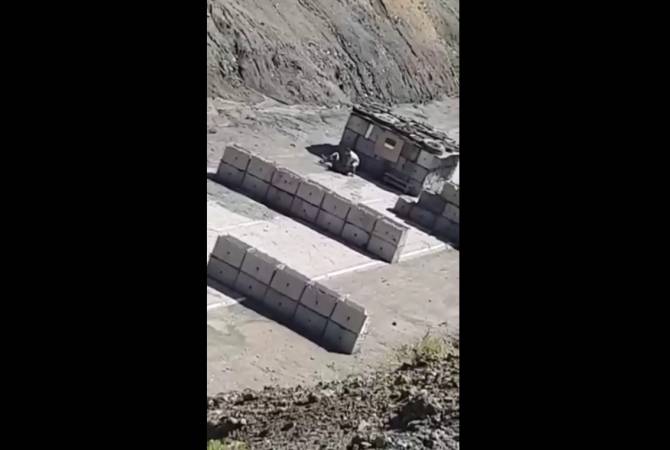 
YEREVAN, JULY 23, ARMENPRESS. ARMENPRESS news agency has received an exclusive footage made on July 23 from the border area of Karvachar, in which it is seen how an Azerbaijani soldier brutally beats another.

Note that the video shows the same military base where the shootings took place.