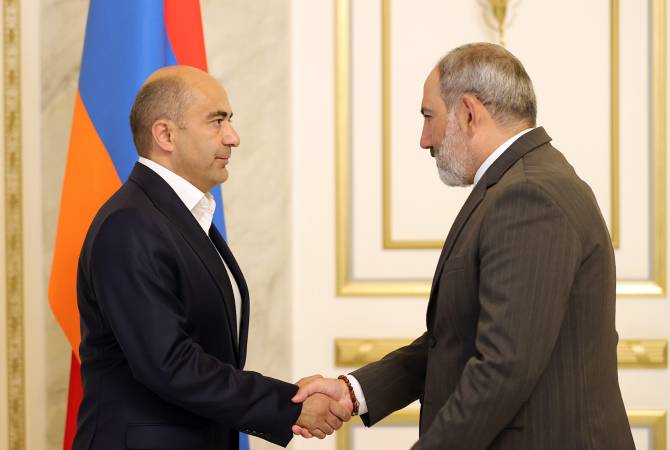 Nikol Pashinyan – Dear Mr. Marukyan, first I am thankful for accepting the invitation. I want to say that I followed the pre-election campaign of ‘’Bright Armenia’’ Party as much as I was able and, frankly speaking, I regret for that ‘’Bright Armenia’’ Party did not overcome the threshold for entering the National Assembly, because the party has its place and had a role in the political life of the recent years. Today I would also like to hear your opinions over the future of the political life and I also would like to hear what kind of solutions you see, so that the Government and extra-parliamentary opposition, including ‘’Bright Armenia’’ Party have a high level of reciprocal contact.

Edmon Marukyan – Mr. Pashinyan, I am thankful for the invitation. Yes, ‘’Bright Armenia’’ Party carried out a pre-election campaign with slogans of restoring solidarity, reconciliation and unity inside the country. In fact, we believe that our agenda was defeated in these elections. Anyway, that does not mean anything and our party will continue to have a role and present the approaches and values that are the basis of our party. I hope that holding parliamentary elections and the formation of the new parliament can help to overcome the crisis in the country.

During the meeting the interlocutors discussed issues related to the consolidation of capacities and potentials, as well as opportunities for future cooperation.