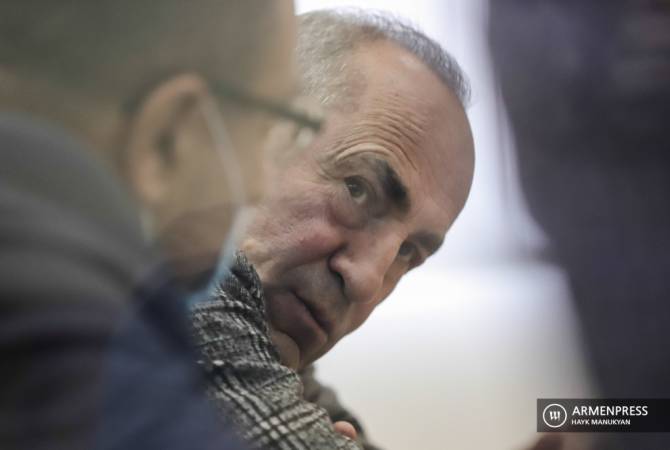 
YEREVAN, APRIL 13, ARMENPRESS. The trial of former President of Armenia Robert Kocharyan on charges of bribery was set to begin on April 13 at a Yerevan courthouse.

Kocharyan is accused in accepting a 3,000,000 dollar bribe from a businesswoman in early 2008, his final months as president. Then-Secretary of the Security Council Armen Gevorgyan is also facing bribery charges under the same criminal case. They both deny the accusations.

The businesswoman allegedly involved is Silva Hambardzumyan. She is said to have allegedly bribed Kocharyan and Gevorgyan for “not obstructing” a business deal.

The trial was adjourned because Kocharyan was absent from the courthouse. His lawyer told the judge that the ex-president is in self-isolation after being exposed to COVID-19 through a direct contact.

The trial will resume on May 4.