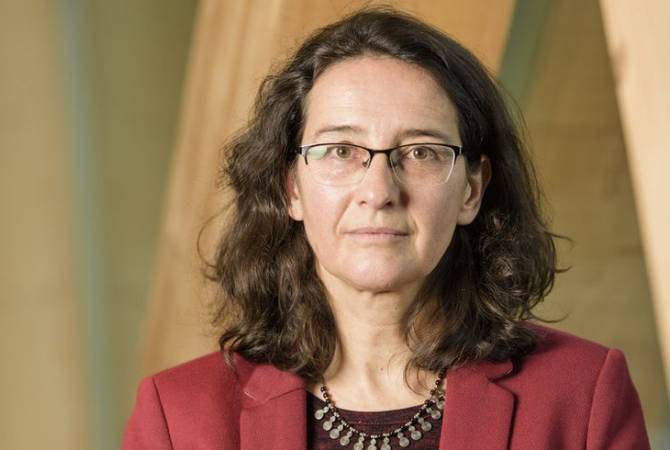 
YEREVAN, MARCH 29, ARMENPRESS. Secretary-General of the Association for Prevention of Torture Barbara Bernath sent an open letter to President of the National Assembly of Armenia Ararat Mirzoyan, noting that the financial independence of the Defender should be preserved.

As ARMENPRESS was informed from the press service of the Office of the Human Rights Defender of Armenia, the open letter runs as follows,

''Dear President Mirzoyan, The Association for the Prevention of Torture (APT) is an international non-governmental organisation that is at the origin of the international torture prevention system established by the United Nations Optional Protocol to the Convention against Torture (OPCAT). This system opens all places of deprivation of liberty to independent monitoring by both an international body – the United National Subcommittee on Prevention of Torture (SPT) – and national preventive mechanisms (NPMs) in over 90 states. We work closely with both the SPT and NPMs around the world to strengthen this system and to prevent torture and ill-treatment. In this context, we have a long history of close and constructive cooperation with the Armenian Human Rights Defender / NPM.

I am writing to you in relation to the proposed amendments to the Constitutional Law on the Human Rights Defender, submitted by the Armenian government on the 11th of March 2021. I understand that the current proposals would remove Article 8(5) of the Constitutional Law, which provides that the amount of funding in the state budget for the National Human Rights Institution (NHRI) and the National Preventive Mechanism (NPM) cannot be below the amount provided in the preceding year. I further understand that these changes have been initiated without proper consultation or discussion with the Human Rights Defender.

These proposals must also be considered in the context of other reported actions with a negative impact on the resources and technical capacity available to the NHRI and NPM, including restrictions on the use of government vehicles, which are essential to its work, including its ability to effectively monitor places of deprivation of liberty across the country.

As you are no doubt aware, Article 18(3) of the OPCAT, to which Armenia became a party in 2006, contains a positive obligation on states parties to provide both the necessary resources and adequate funding for the effective functioning of NPMs.

In line with the Paris Principles, financial autonomy is a fundamental requirement of NPM independence. It underpins the essential ability of NPMs to take operational and other decisions free from undue pressure or influence. As the United Nations Subcommittee on Prevention of Torture (SPT) notes in its 2010 Guidelines on NPMs, “the NPM should enjoy complete financial and operational autonomy when carrying out its functions under the Optional Protocol.”

The current constitutional guarantee against a regressive provision of funds to the Armenian Human Rights Defender has been widely considered an international best practice and is commonly cited by us in our advice to other countries in the process of establishing NPMs. Indeed, it is this and other guarantees of independence that have made the Armenian Human Rights Defender such a strong and reliable partner in the fight against torture and ill-treatment. Our cooperation over many years is built on the foundation provided by the NPM’s independence and technical expertise.

While many states face budgetary constraints, particularly in the difficult times of the COVID-19 pandemic, it is also at such times that the most vulnerable in society are at the greatest risk. It is thus essential that institutions mandated with their protection are not only supported but further strengthened at such moments in time.

In the light of the relevant international standards and Armenia’s obligations as a state party to the OPCAT, we thus recommend that the current Article 8(5) of the Constitution of Armenia is retained – as a best practice among NHRIs and NPMs – and that the Human Rights Defender is fully consulted in relation to any further discussions relating to amendments to its founding legislation.

We remain available for further information and discussion’'.