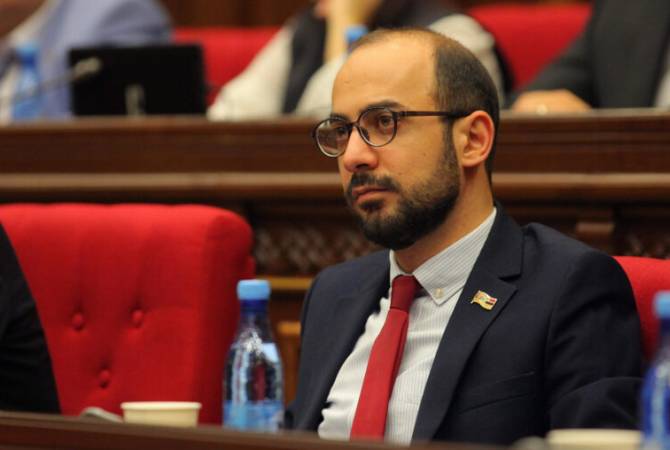 
YEREVAN, FEBRUARY 3, ARMENPRESS. A group of lawmakers from the ruling My Step bloc are advancing a bill which seeks to prohibit the news media to write articles citing what they describe as sources of unknown origin, most likely referring to unreliable social media news accounts which are frequently cited by the Armenian press in their reporting.

My Step lawmaker Artur Hovhannisyan told reporters that their bill on amending the Law on Mass Media aims at helping to differentiate conscientious and fair reporters and media organizations from "unknown sources" which cannot be identified.

“There are journalistic organizations whom people can identify, people know them, they have editorial boards. Parallel to this, some telegram channels and Facebook accounts are emerging who generate information without doing any work, and then this information appears on the pages of real news media outlets through citation. Therefore, real media outlets star factually promoting sources whose origins are unknown,” said Hovhannisyan.

The law will point out the outlets which are deemed as “anonymous sources” who are not disclosing their ownership details to the readers. “Then, we record that the news media won’t be able to cite such sources,” the MP said.