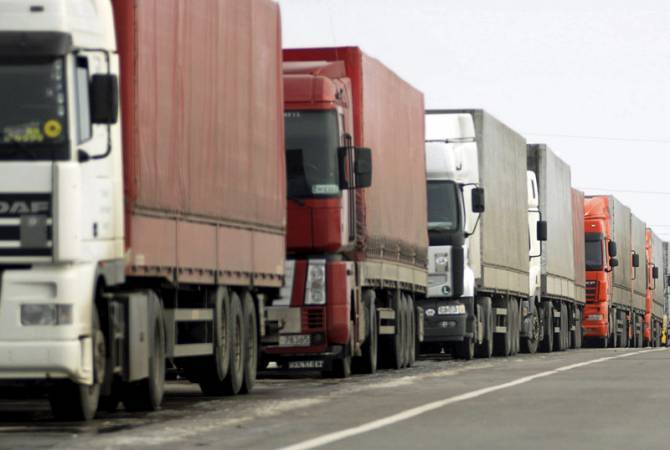 
YEREVAN, JANUARY 25, ARMENPRESS. Unknown men have thrown stones at the Armenian trucks near Georgia’s Kvemo Ponichala neighborhood on January 25 at midnight. They broke the front and side windows of some trucks and left the scene, the Armenian Embassy in Georgia said in a statement.

The Embassy informed that after the incident the Armenian trucks accompanied by the patrol police have reached the Armenian-Georgian border and crossed it.

“The Georgian Interior Ministry has initiated a criminal case over the incident.

The Armenian Embassy in Georgia is in constant touch with the country’s relevant authorities and is taking active measures for those found guilty to be held accountable and to rule out the repetition of such incidents”, the statement says.

According to some media reports, the Armenian trucks have been attacked by Azerbaijanis.