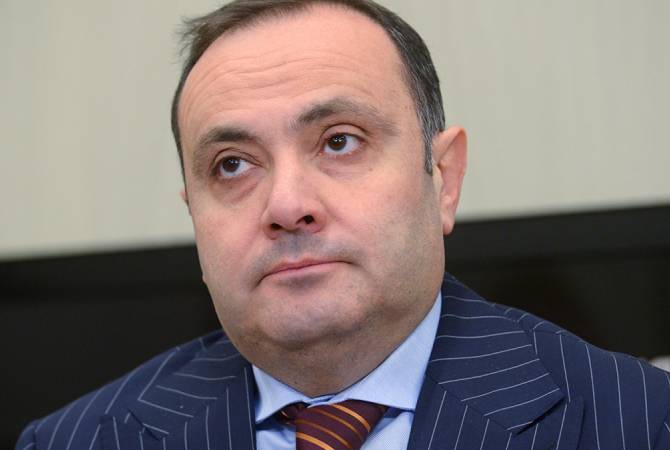 
YEREVAN, OCTOBER 31, ARMENPRESS. Armenia’s appeal to Russia implies the possibility of military support, and the volumes of this support will be discussed during consultations, the Armenian Ambassador to Russia Vardan Toghanyan told RIA Novosti.

“There is such possibility,” he said, when asked whether the request refers to asking Russia for military support.

“This is about holding urgent consultations in accordance to our intergovernmental treaty. We believe that the threat is already near our borders and in some cases already in our territory. That’s why we believe that we can rely on the existing bilateral treaty. This is about consultations to specify the volume and type of the necessary aid, and other issues,” the ambassador said.

Prime Minister of Armenia Nikol Pashinyan has addressed a letter to President of the Russian Federation Vladimir Putin, presenting in detail the situation and challenges that are created as a result of the Azerbaijani-Turkish military aggression against Nagorno Karabakh.

In particular, the PM underscored the fact of foreign militant terrorists from the Middle East being transferred to Azerbaijan to fight against Nagorno Karabakh.

“Taking into consideration that the combat operations are nearing the border of the Republic of Armenia, the facts of infringements against the territory of the Republic of Armenia that have already taken place, the Armenian Prime Minister has applied to the President of the Russian Federation to launch immediate consultations to define the types and volume of support that the Russian Federation can provide to the Republic of Armenia to ensure its security, on the basis of the allied relations between Armenia and Russia and Article 2 of the 1997 August 29 Treaty on Friendship, Cooperation and Mutual Assistance,” the Armenian foreign ministry said.

In response, Russia reiterated its commitments to the allied obligations to Armenia and said it would provide support in case of the fighting reaching directly the territory of Armenia.