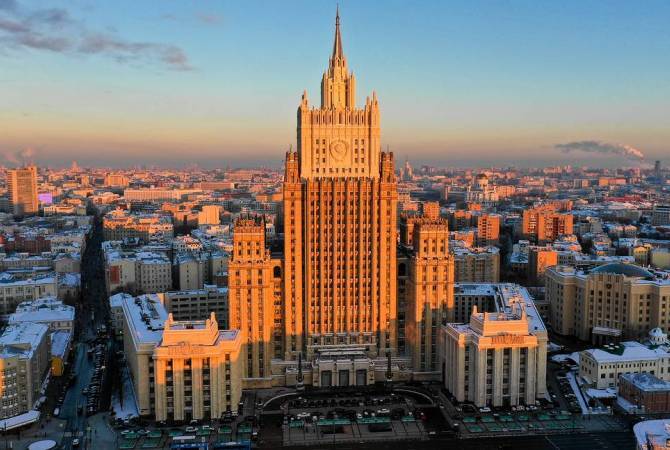 
MOSCOW, OCTOBER 31, ARMENPRESS. Russia confirms its commitment to the allied obligations towards Armenia. Russia will provide all the necessary support to Armenia if the clashes move directly to the territory of Armenia, Russian Foreign Ministry said in a statement made over Armenian Prime Minister Nikol Pashinyan’s October 31 letter addressed to President of Russia Vladimir Putin.

“In response to the request of Armenian Prime Minister Nikol Pashinyan addressed to Russian President Vladimir Putin to launch consultations for defining the types and volume of support which Russia can provide to Armenia aimed at ensuring its security, we reaffirm the commitment to Russia’s allied obligations to Armenia, as well as within the frames of several articles of the 1997 August 29 Treaty on Friendship, Cooperation and Mutual Assistance, concrete actions are supposed in case of threat of armed attack or aggression against each other’s territory.

According to the Treaty, Russia will provide all the necessary support to Yerevan if clashes move immediately to Armenia’s territory.

We once again call on the Nagorno Karabakh conflicting sides to immediately cease the fire, mitigate the tension and return to comprehensive negotiations aimed at achieving peaceful settlement based on fundamental principles, in accordance with the agreements reached by the Russian, Armenian and Azerbaijani foreign ministers on October 10”, the statement says.