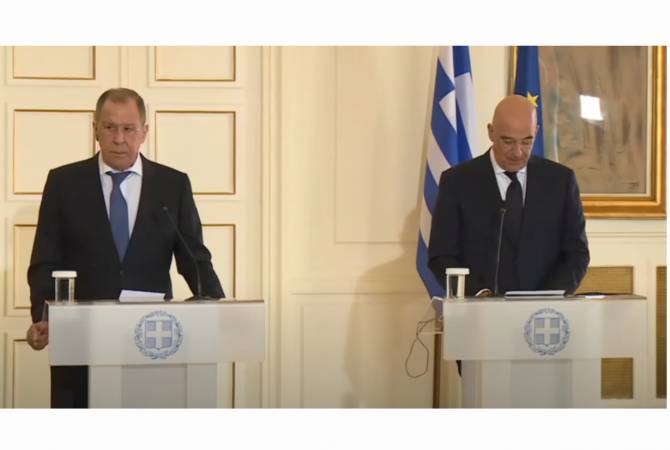 “Within this framework I presented to [Lavrov] my recent visit to Yerevan. I underscored the necessity of achieving a ceasefire,” Dendias said at a joint press briefing with Lavrov in Athens.

Lavrov said they also spoke about Russia’s role as an OSCE Minsk Group Co-Chair for contributing to the settlement of the conflict, starting with a ceasefire. “We’ve also spoken about the steps that we are taking in other directions in the post-Soviet geopolitical space. We are interested that all existing problems there get overcome and settled,” Lavrov said.