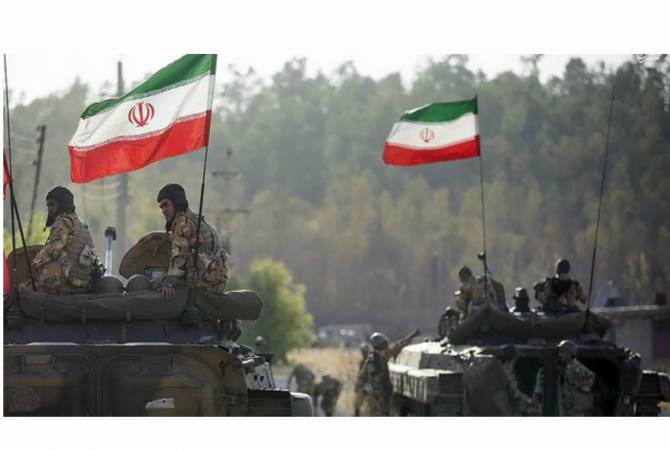 In a video released by the Sepahcybery telegram channel, an officer of the IRGC says that the IRGC’s Imam E Zaman brigade will be deployed at the entire length of the border to “protect the country’s territorial integrity and the safety of the population of Khoda Afarin and Jolfa.”

Azariha media also released a video showing the Iranian troops deployment to the region, noting that the Iranian military has started the process when Turkey, “in addition to sending terrorists, declared that it seeks to capture Zangezur and cut off the Armenia-Iran border.”

The Iranian state news agency IRNA, citing Sepahnews, also reported that the IRGC troops are deployed in the north-western border of Iran.

According to the report, the IRGC has deployed tanks and other equipment in the Khoda Afarin and Jolfa regions.