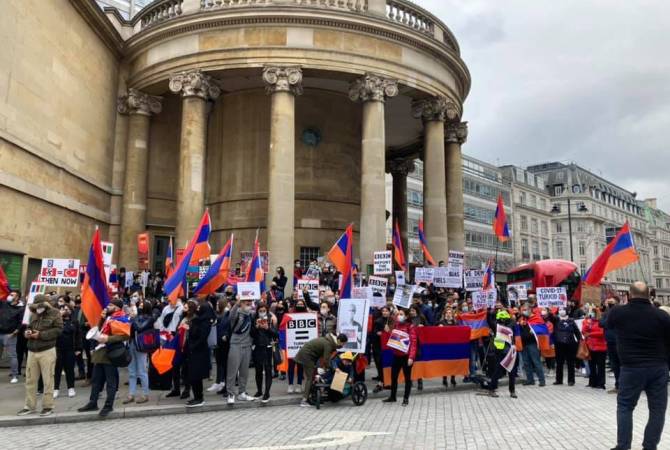 
YEREVAN, OCTOBER 17, ARMENPRESS. Hundreds of Armenians held a protest outside BBC building in London, urging to present the truth about the ongoing military operations unleashed by Azerbaijan and Turkey against Artsakh (Nagorno Karabakh) and Armenia.

They were holding the flags of Armenia and Artsakh and stated that the British community deserves to know the truth.