President of Artsakh receives representatives of National Union of Yazidis 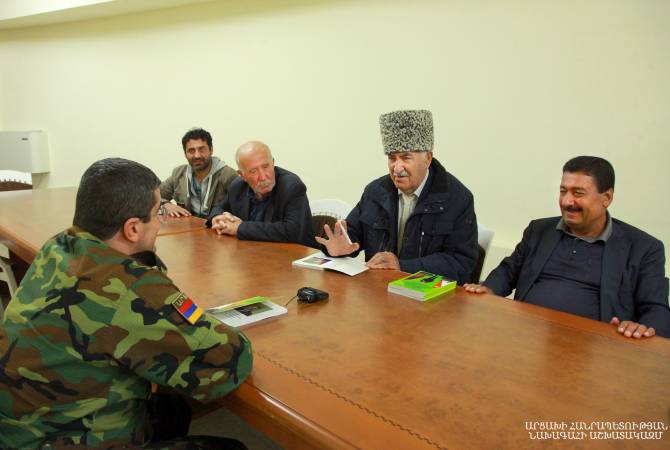 Aziz Tamoyan stated that the current war unleashed by Azerbaijan, which is supported by Turkey, against Artsakh is the continuation of the Ottoman Turkey’s genocidal policy against the Armenian and Yazidi peoples in the early 20th century. He added that the Yazidis both in the first and the April Artsakh wars and now stand by the Armenian people.

President Harutyunyan thanked Aziz Tamoyan and the brotherly Yazidi people for the support at this period, adding that they will again manage to neutralize the external threats with joint efforts.