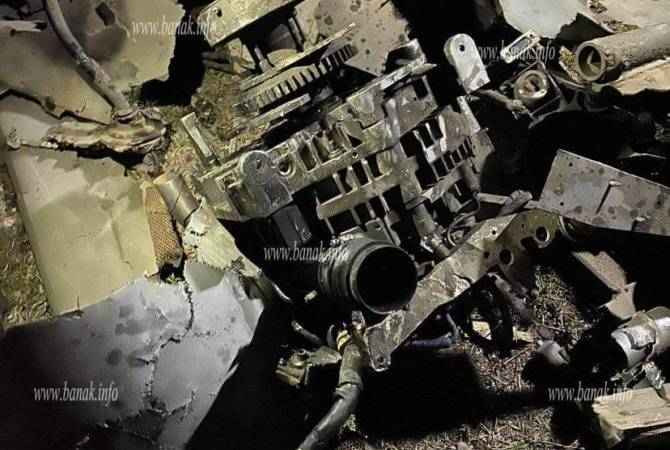 She said the Artsakhi military shot down two Azeri attacking UAVs that had breached into the airspace above Stepanakert.

According to the Unified InfoCenter, the drones that breached the airspace were three Israeli made Harop loitering munitions of the Azeri military, two of which were downed.

80 Artsakhi servicemen are dead and more than 120 are wounded since the major attack by the Azeri forces began on Sunday. The Azerbaijani bombardment of civilian settlements killed 4 civilians, including 2 children.