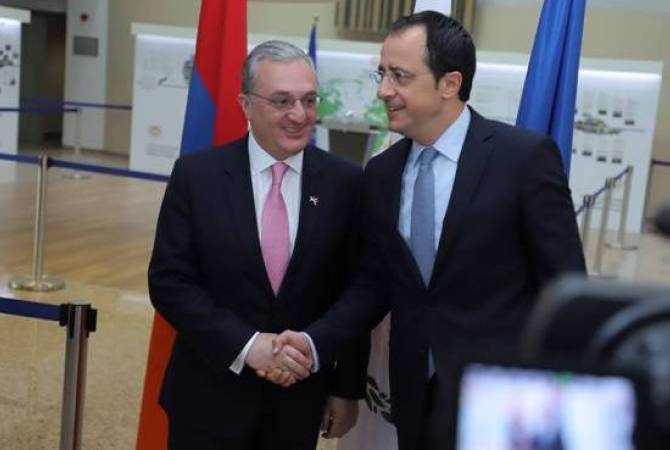 
YEREVAN, SEPTEMBER 28, ARMENPRESS. The Foreign Ministry of Cyprus expressed deep concerns over the escalation in the conflict zone of Nagorno Karabakh and condemns the violation of the ceasefire by Azerbaijan, which resulted in fierce clashes claiming lives among civilians. ARMENPRESS reports ‘’Greek City Time’’ published the statement of the Foreign Ministry of Cyprus.

‘’We call on both sides to demonstrate restraint and cease military operations for de-escalating the situation as soon as possible’’, reads the statement.

Under the light of the developments Foreign Minister Nikos Christodoulides held a phone conversation with Armenian FM Zohrab Mnatsakanyan, during which the latter informed his colleague about the developments.

Mr. Christodoulides expressed the support of the Government of Cyprus to the efforts for a peaceful settlement of the conflict in the sidelines of the OSCE Minsk Group Co-chairs and condemned any activity or intervention by a third party.