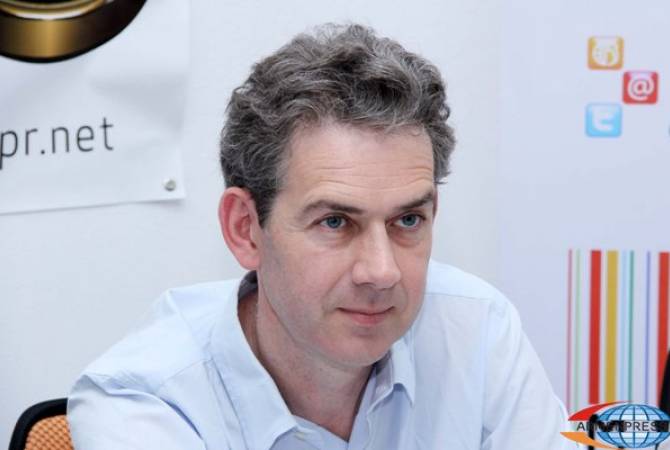 
YEREVAN, SEPTEMBER 27, ARMENPRESS. There is no reason for Armenia to kickstart another bout of conflict with Azerbaijan over the disputed Nagorno-Karabakh region, ARMENPRESS reports Thomas de Waal, British journalist and senior associate at the Carnegie Europe, told Ahval in an exclusive interview.

Sunday morning saw a sudden escalation in the conflict, with what Karabakh officials called a “wholescale attack” by the Azerbaijani armed forces, which Azerbaijan maintains was provoked by Armenian military activity.

“Basically, Armenians won the war of the 1990s, they have all the territory they want,” de Waal said. “Their incentive is to normalize the status quo.”

“For various reasons, Azerbaijan calculates that military action will win it something,” he added.