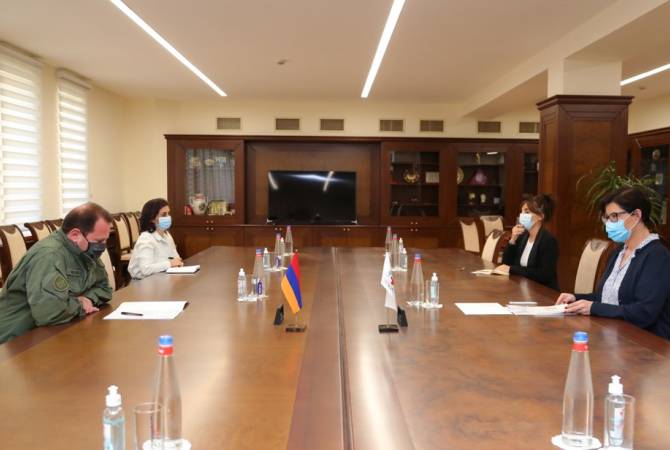 At the meeting minister Tonoyan touched upon the videos spread in the Azerbaijani media outlets relating to Armenian captive officer Gurgen Alaverdyan and expressed the concern of the Armenian defense ministry to the ICRC Yerevan Office head over the content of that videos. The minister said the Azerbaijani authorities’ obstruction to the permission of the visit of ICRC Baku Office representatives to the Armenian captive is a gross violation of international rights, in particular the commitments assumed by Azerbaijan on the sidelines of the international humanitarian law.

At the same time, the Armenian defense minister thanked the ICRC Yerevan Office head for the delegation’s efforts aimed at protecting the rights of POWs and civilians who appeared in the Azerbaijani captivity.

In turn the ICRC Yerevan Office head assured that the delegation is taking all necessary steps to ensure all the procedures deriving from the status of Gurgen Alaverdyan and other Armenians who are in the Azerbaijani captivity.

The sides also discussed the activity aimed at assessing the integration level of international humanitarian law in the Armenian Armed Forces.