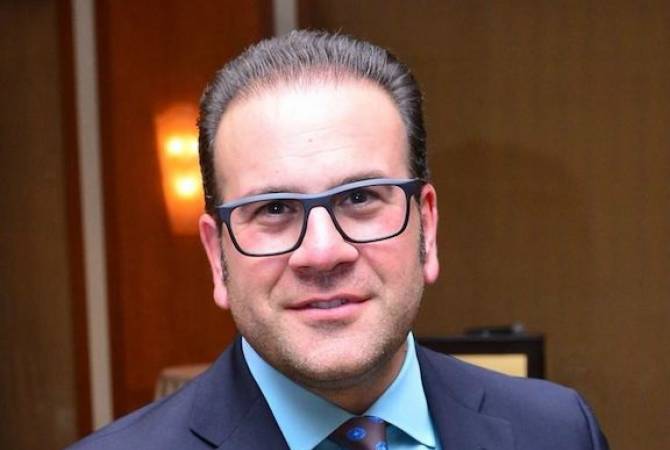 
YEREVAN, AUGUST 13, ARMENPRESS. An Azerbaijani propaganda event scheduled for August 12 in Los Angeles has been cancelled after protests from the Armenian community, Asbarez reports.

Montebello City Councilmember Jack Hadjinian had earlier announced that he was resigning his position on the Board of Directors of the Sheriff’s Youth Foundation in protest of Los Angeles County Sheriff Alex Villanueva’s decision to host a forum to “discuss concerns within the Azerbaijani-American community.”

The online event, which was scheduled to take place on Wednesday afternoon and has angered the Armenian-American community, has since been cancelled.

“I can no longer support such a reckless leader as Sheriff Villanueva who continues to challenge the Board of Supervisors, and now has planned an event with a terrorist group known as the Azerbaijani Community,” said Hadjinian in a Facebook post announcing his resignation.

“The Azeris are spreading anti-Armenian propaganda and Sheriff Villanueva is giving them a platform to further extend their lies across the County of Los Angeles. I will never compromise my principles just to carry a badge or an ID card,” added Hadjinian.

Hadjinian cited several recent examples of aggression by the Azerbaijanis against the Armenian-American community, including the July 24 vandalism at the Krouzian-Zekarian Vasbouragan Armenian School in San Francisco, where the building was spray painted with crude pro-Azerbaijani graffiti.

Hadjinian, who was appointed to the board four years ago, has been a supporter of the Sheriff’s Youth Foundation, raising more than $100,000 to help disadvantaged kids by implementing many after school programs, Asbarez reported.

“I truly believe in the Foundation’s purpose and goals,” said Hadjinian in the resignation letter. “But I refuse to be associated with a reckless person as Sheriff Villanueva.”

On Tuesday afternoon, individuals who had signed up to take part in the forum received notification of the event’s cancellation, despite which announcements promoting the event were being posted on Twitter.