Kilometres away, Armenian Catholicosate in Antelias damaged from massive explosion in Beirut port 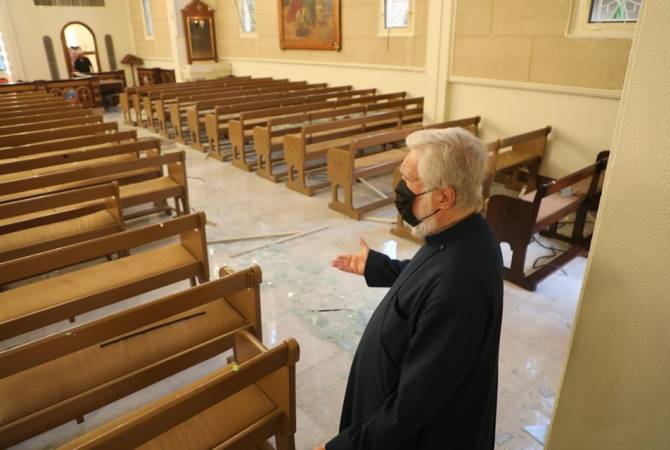 
YEREVAN, AUGUST 5, ARMENPRESS. The massive explosion in the port of Beirut on Tuesday was so powerful that it even damaged the Armenian Catholicosate several kilometers away in Antelias near the Lebanese capital, Cilicia TV reports.

The Armenian Catholicosate of the Great House of Cilicia Cathedral, its museum and educational centers sustained damages to the windows and doors.

The blast erupted at a port warehouse in the Lebanese capital on Tuesday. More than 100 people are dead and 4000 are injured.