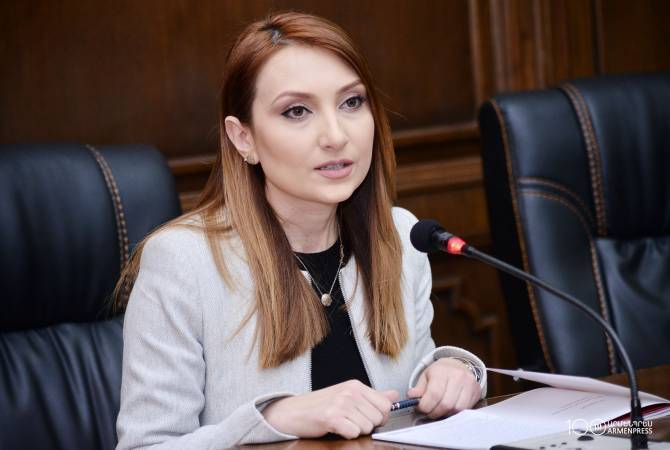 
YEREVAN, JULY 27, ARMENPRESS. Head of the ruling My Step faction of the Armenian Parliament Lilit Makunts thinks that Turkey will not join Azerbaijan in unleashing a large-scale aggression against Armenia.

“By clearly assessing the incapability of their armed forces, the Azerbaijani authorities do the utmost for Turkey to be engaged in this conflict. I think Turkey will not do that and will not act as a side in any way. When the talk is about Azerbaijan’s aggression on Armenia, Turkey’s becoming a side will be viewed by the world in the context of the Genocide. In case when many countries of the world have recognized the Armenian Genocide, and Turkey is engaged in different conflicts in various regions, its actions will not be perceived by many states”, Makunts said.

During the recent July military operations unleashed by Azerbaijan on the border with Armenia, Turkey’s foreign ministry issued a statement expressing its support to Azerbaijan.