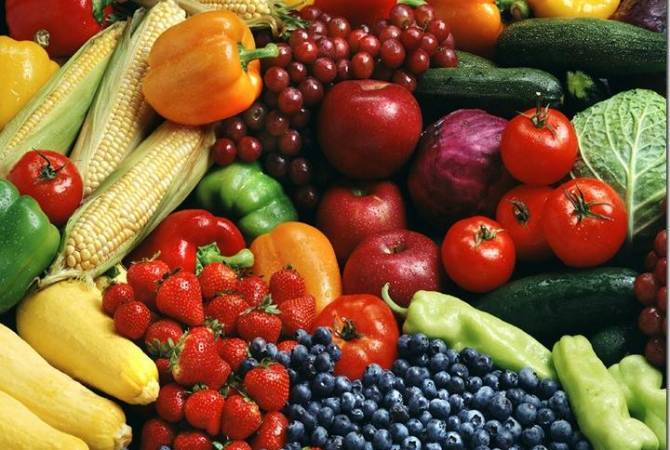 
YEREVAN, JUNE 30, ARMENPRESS. No major fluctuations are being observed in the export volumes of fruits-vegetables from Armenia during the novel coronavirus (COVID-19) pandemic. The export is being carried out normally: 7200 tons of apricots have already been exported as of June 30, Armenia economy minister’s spokesperson Anna Ohanyan presented the latest data to ARMENPRESS.

“Although the export volumes have certainly declined, but we cannot state that there is a major decline. There are mostly no major fluctuations compared to the same period of the previous year”, she added.

The Eurasian Economic Union is the main export market, the most share of which belongs to Russia.

As for the coronavirus-related difficulties, the spokesperson said there were concrete restrictions on the border with Iran from the first days of the coronavirus, there was a list defining which goods can be exported to and imported from Iran, but then the list was expanded and later was lifted. The previous procedures are currently in force.

“Exports and imports at the Lars checkpoint are also operating normally. Armenia’s customs attaché responds to the local problems, we as well in our turn take actions. At the moment there are no major obstacles, everything is operating normally”, Ohanyan said.

She informed that Georgia has some restrictions over the export from Armenia to Russia, therefore, the number of goods has declined to some extent, but there are no major obstacles.