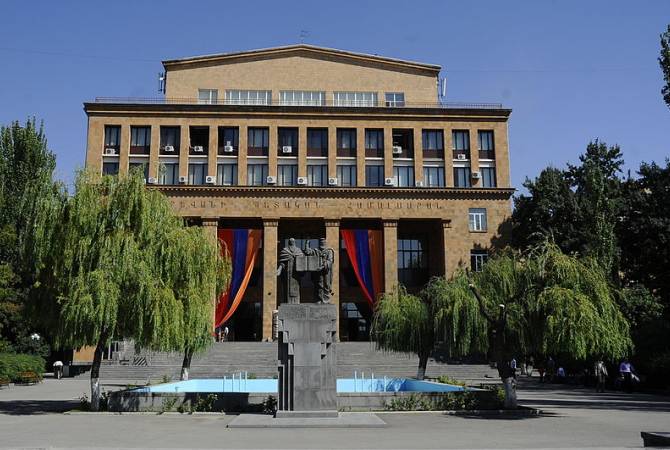 
YEREVAN, JUNE 25, ARMENPRESS. Yerevan State University and the United Nations Educational, Scientific and Cultural Organization (UNESCO) have announced the establishment of the UNESCO Chair on Education and Prevention of Genocide and other Atrocity Crimes, ARMENPRESS was informed from the YSU.

Each year, the United Nations Educational, Scientific and Cultural Organization (UNESCO) selects a number of projects to establish chairs in various countries all over the world. These chairs operate under the sponsorship of the organization, based on its priorities.

The establishment of the UNESCO Chair on Education and Prevention of Genocide and other Atrocity Crimes at YSU is an estimation of the continuous work carried out in recent years at the Department of Genocide Studies of YSU: organizing conferences, workshops, public lectures, raising information as well as the implementation of the master's program on "Genocide Studies." For UNESCO, education on genocide prevention is among the top priorities.

The opening of the chair was marked by video-lecture of Armenian Foreign Minister Zohrab Mnatsakanyan for the students and alumni of the Department of Genocide Studies at Institute of Armenian Studies of Yerevan State University and American University of Armenia on "Armenia and Genocide prevention policy", held on June 20, 2020.

The head of the UNESCO Chair on Education and Prevention of Genocide and other Atrocity Crimes is Dr. Suren Manukyan.

Dr. Suren Manukyan  told us, that he is engaged in genocide studies for many years.

Dr.Manukyan is the author of number of scientific papers and a participant in international conferences. He was the director of Biannual conference of International Association of Genocide Scholars held in Yerevan in 2015. He has been a member of Board of this organization that united the majority of genocide scholars.

Mr. Manukyan noted that the main goal of the new chair at Yerevan State University is to promote genocide studies in Armenia, both at university and non-formal levels. Through information campaigns, publications, seminars and workshops, the chair aims to raise awareness of genocide around the world, which will contribute to formation of international policies aimed at condemning and preventing genocides.

"In recent years, Armenia has taken a role of a global leader in the prevention of genocides and other mass atrocities. As an evidence, the Global Forums on the Prevention of Genocide in Yerevan can be mentioned, which are held every two years. Another example is the recent resolution on genocide prevention that was adopted by the UN Human Rights Council on June 22 initiated by the Republic of Armenia." he said.

He also noted, that  the newly established UNESCO Chair on Education and Prevention of Genocide and other Atrocity Crimes is going to make efforts to promote the international recognition and prevention of genocides in the academic and educational levels.

The objectives of the UNESCO Chair on Education and Prevention of Genocide and other Atrocity Crimes at Yerevan State University will encompass the following:

To promote genocide education both formal and informal levels.

To raise awareness about the phenomenon of genocide through various events, information campaigns, workshops.

To create a broad network of professionals engaged in the topic (genocide scholars, academics from adjacent fields, students, volunteers).

Cooperate closely with other UNESCO Chairs and Organizations on relevant programs and activities.

UNESCO Chair on Education and Prevention of Genocide and other Atrocity Crimes will operate at the Institute for Armenian Studies of Yerevan State University.