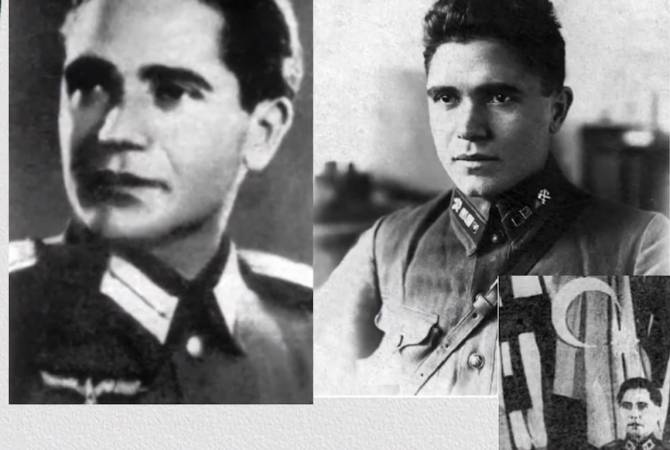 
Azerbaijan has been trying to sully Armenia's image on international platforms and media, making falsified statements and accusing Armenians in heroization and rehabilitation of Nazi Armenians. Such an approach looks particularly hypocritical, considering not only the absurdity of the accusations targeting Armenians but also the actual glorification of war criminals and collaborators in Azerbaijan itself.

Nonetheless, the Aliyev regime doesn’t fail funding projects about the Azerbaijani soldiers and officers serving the Germans, presenting them as noble and exemplary compatriots. Modern-day Azerbaijan continues providing state funding for the heroization of Azerbaijanis who fought in the ranks of the fascist army, in particular.

In 2017, a documentary film “From Dudenge to Munich” was funded by the Science Development Fund under the President of Azerbaijan, and the documentary was also reported about by the Nakhchivan Autonomous Republic State Television.

The story presented in the documental video revolves around a deserter from the Soviet Red Army - Abdurahman Fatalibeyli (Dudenginsky) - who not only joined the Nazi forces but also served with an exceptional eagerness and was awarded an award of the Third Reich.