President-elect of Artsakh presents his position on NK conflict settlement 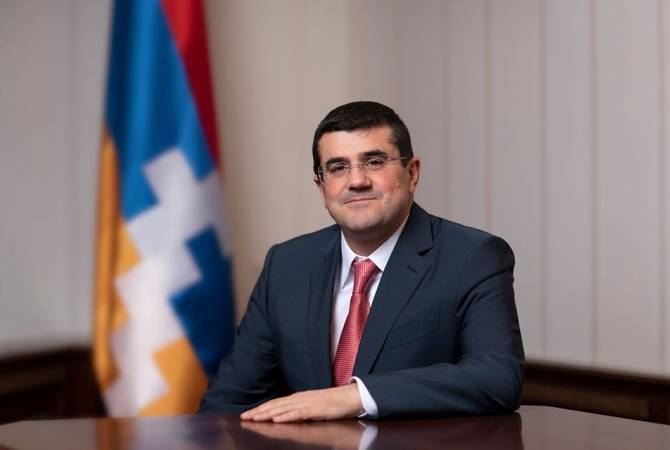 
YEREVAN, APRIL 22, ARMENPRESS. Newly-elected President of Artsakh Arayik Harutyunyan reaffirms that without the complete and full engagement of official Stepanakert no effective outcome is possible in the peaceful settlement process of the Nagorno Karabakh conflict.

The President-elect made a statement on Facebook which says:

“Deeply understanding the concerns of our society conditioned by the regular discussions with the participation of the OSCE Minsk Group Co-Chairs and the leaderships of Armenia and Azerbaijan over the Azerbaijani-Artsakh conflict, I once again want to reaffirm our principled position on the issue that no effective outcome is possible to achieve without the complete and full involvement of official Stepanakert. We are interested in the peaceful and final settlement of the conflict and fully understand that it will have its decisive impact on the establishment of sustainable and lasting peace in the region, but we expect the same understanding and responsibility also from Azerbaijan. Of course, we highly appreciate the unique role of the leadership of Armenia on this issue, but we need to accept that the authorities of Artsakh have received the main mandate to negotiate on behalf of the Artsakh people over any proposal or document presented at the negotiation table.

Highlighting the efforts of the OSCE Minsk Group in peacefully settling the conflict and closely following the video conferences held separately with the Co-Chairs and the foreign ministers, as well as involving all sides on April 20 and 21, unfortunately, we once again record that the Azerbaijani authorities continue avoiding to hold direct negotiations with the real side of the conflict. This greatly reduces the level of honesty and credibility of aspirations by official Baku, combined with the regular provocations in the frontline and the anti-Armenian policy.

As a President-elect of the Republic of Artsakh, I announce:

The authorities of Artsakh, both in the past and in the future, are ready to make the maximum efforts in an atmosphere of mutual respect to strengthen trust between the sides and demonstrate the necessary will and record a progress in the peaceful and lasting settlement of the conflict”.