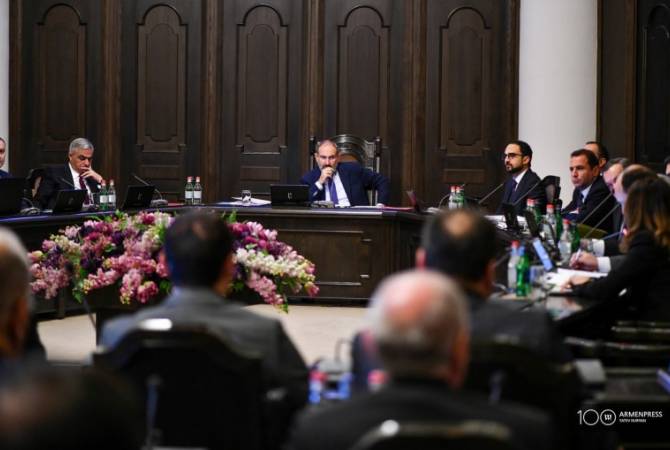 
YEREVAN, MARCH 16, ARMENPRESS. The Government of Armenia has adopted a bill on declaring a 30-day nationwide state of emergency over the novel coronavirus.

The measure will prohibit rallies, strikes, public events such as religious ceremonies, concerts, exhibitions, sports events, educational events, entertainment events, commemoration events. By law, a public gathering is described as a gathering of 20 or more people. Schools, universities and other educational facilities will remain closed during the state of emergency. Under the state of emergency, news media or individuals disseminating information about the novel coronavirus outbreak, including about new cases, direct contacts etc. or any information that might cause panic, will have to do so only by citing official information issued by the government.

According to the constitution, in the event of a state of emergency being declared a special session of parliament is convened by virtue of law.

The Speaker has already asked legislators to be prepared for the emergency session.

The number of novel coronavirus infections in Armenia reached 30. One patient has recovered.