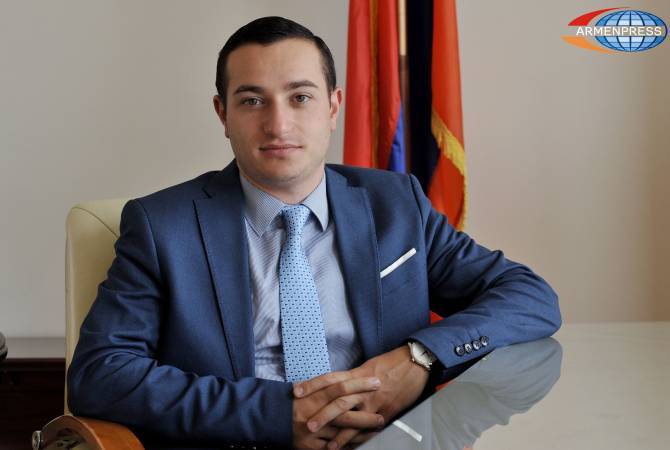 
YEREVAN, JANUARY 22, ARMENPRESS. Chairman of the National Assembly Standing committee on Science, Education, Culture, Diaspora, Youth and Sport Mkhitar Hayrapetyan sent a letter to the colleagues of the German Bundestag on behalf of the members of the committee over the incident that Azerbaijani singer Yusif Eyvazov refused to sing with Armenian singer Ruzan Mantashyan in Dresden on February 7, citing her being Armenian.

As ARMENPRESS was informed from the Office of Mkhitar Hayrapetyan, the letter reads as follows,

“Honorable Mrs. Budde, the participation of soprano Ruzan Mantashyan living in Hamburg in Dresden Opera Ball scheduled on February 7 has been cancelled by the request of Azerbaijani tenor Yusif Eyvazov, who refused to sing with a singer of Armenian origin.

Such xenophobic incidents in the sphere of culture are inadmissible. It’s an obvious disrespect towards culture. Culture was and remains one of the most effective platforms for establishing dialogue and new bridges between nations, which goes beyond politics and ethnic belonging. Respect and equality of artists presenting various nations and cultures should be preserved here.

We draw the attention of our colleagues at the Bundestag to this concerning fact. We hope that you, being supporters of the struggle against racial discrimination and xenophobia, will keep the issue in focus”.