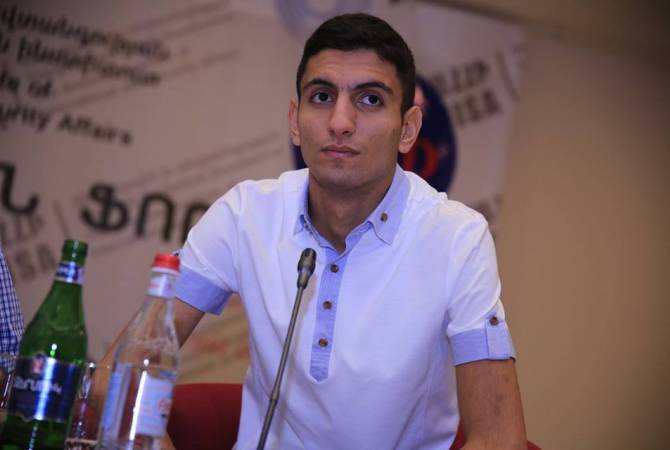 
YEREVAN, DECEMBER 3, ARMENPRESS. A political activist who sprayed paint on the statue of Alexander Griboyedov in Yerevan has turned himself in to authorities, police said in a statement.

“Shahen Harutyunyan has turned himself in to a [police] station to provide explanations over the incident,” police said.

Harutyunyan had earlier said he sprayed red paint on the statue of Griboyedov in response to similar incident that took place in Russia when a regional lawmaker, Alexey Vinogradov, sprayed paint on the memorial plaque of Garegin Nzhdeh in the town of Armavir, an incident which was condemned by the Embassy of Armenia in Russia.

Prime Minister Nikol Pashinyan denounced Harutyunyan’s move through his spokesperson Vladimir Harutyunyan, with the latter saying that “manifestations of vandalism shouldn’t have any place in our society”.