Turkish Ambassador to France to be summoned to MFA for explanations 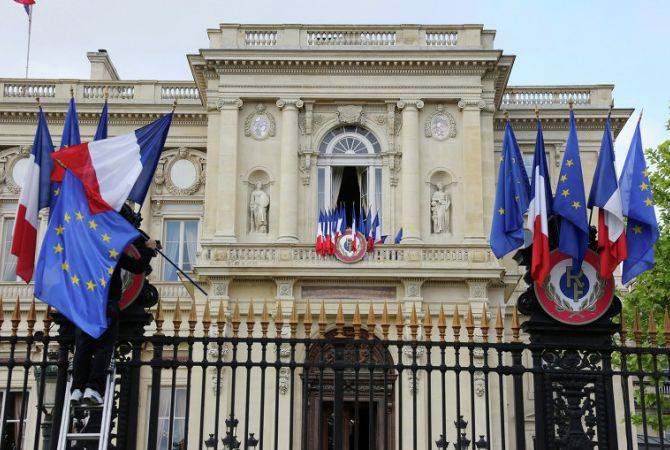 
YEREVAN, NOVEMBER 29, ARMENPRESS.  France’s Presidential Palace has announced that Turkish Ambassador to France will be summoned to the Foreign Ministry of France to give explanations over the announcement of Turkish president Recep Tayyip Erdoğan who called French President Emmanuel Macron “brain-dead”.

ARMENPRESS reports, citing Le Monde, Élysée Palace noted that this was not an announcement by the Turkish president, but insult. Responding to President Macron, who referring to the NATO in an interview with The Economist assessed it as in a state of “dead brain”, Erdoğan said, “I address French President Emmanuel Macron from Turkey, first check if your brain is not dead”.

French-Turkish relations worsened ahead of the NATO summit in London. The situation in Syria is expected to be the main topic of the summit.