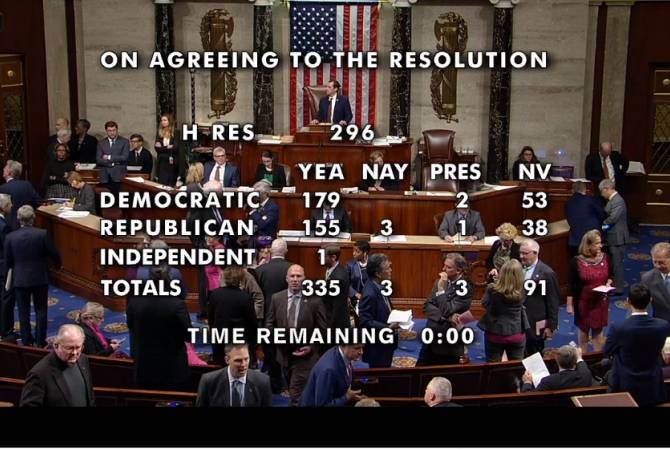 
YEREVAN, OCTOBER 29, ARMENPRESS. The US House of Representatives adopted  the Armenian Genocide recognition resolution based on today’s voting results. There will be no changes in the resolution any more.

405 Congressmen voted in favor of the resolution, while 11 voted against.

11:29, 05.19.2022
2373 views U.S. recognizes role of population of Nagorno-Karabakh in deciding its future–Ambassador Tracy’s interview to ARMENPRESS