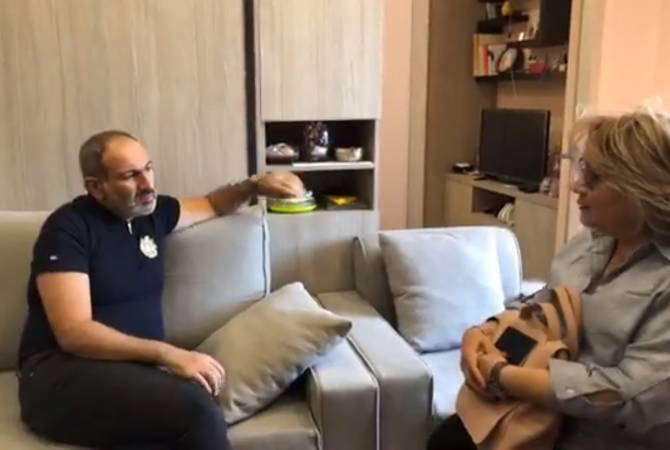 
JERMUK, AUGUST 23, ARMENPRESS. An Armenian woman who says she has returned from the United States to live in Jermuk met Prime Minister Nikol Pashinyan and expressed her concerns regarding the potential operations of the Amulsar gold mine.

The PM is touring the town and speaking to locals regarding the mine.

The woman told the prime minister that her only hope is for Armenia to be ecologically clean and that all other Armenians living in the US want the same.

The PM noted that the Government of Armenia has adopted the Eco Armenia policy, which was also included in the campaigning program.

He reiterated that the government has put an objective that the operation of the Amulsar project should not have any impact of the environment.

“How are we going to ensure that? I am told that there is a daily, weekly and monthly monitoring. This means that an expert group under the auspices of the state will go and take samples from the fields for laboratory tests. If the tests determine that the dust on the sample grass is more than the international standard, 90 days will be given to eliminate the problem, and if the problem is not eliminated the mine is shut down on lawful grounds,” Pashinyan said.

The PM said the expert group will include Lydian Armenia company representatives, as well as representatives of the government and the civil society.