“All reasons reported in the press are false” – A. Gasparyan on quitting as PM’s top advisor | ARMENPRESS Armenian News Agency

“All reasons reported in the press are false” – A. Gasparyan on quitting as PM’s top advisor 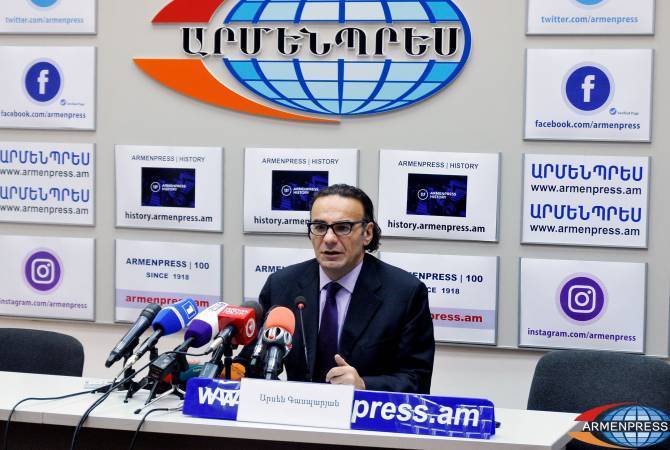 
YEREVAN, AUGUST 19, ARMENPRESS. Arsen Gasparyan, who was officially relieved of duties from the position of Senior Advisor to Prime Minister Nikol Pashinyan on August 15th, is denying media rumors which speculate various reasons behind the “dismissal”.

In an interview to ARMENPRESS he noted that he himself has resigned, and wasn’t fired.

“I was relieved from the position of Prime Minister’s Senior Advisor in accordance to my own request. The Prime Minister’s staffing policy can envisage certain re-arrangements and according to staffing ethics rules I wouldn’t want to enter additional commentaries. I can only note that my future activities are connected solely with discussions between me and the prime minister,” Gasparyan said when asked why he left office.

All reasons mentioned in the press, without exception all, are false. I have dealt with Armenia’s foreign economic ties, I have guided a number of investment projects and I have presented 46 investment projects to the prime minister, a part of which have already been implemented while the remainder is in process. I have led the Waste Management and Re-processing task force, as well as the National Minorities Council. Jointly with the Italian Embassy in Armenia I have organized the Armenian-Italian Business Forum, which took place recently in Yerevan and in Gyumri. Of course I carried out various tasks issued by the Prime Minister in the foreign economic and foreign policy sectors. I was involved in a number of interstate and multilateral negotiations, including over the EEU-Singapore Free Trade Agreement, which I am hopeful will get signed on October 1 in Yerevan. I am convinved that in all these directions which I have started positive results will be recorded in the near future thanks to my colleagues at the staff and other state institutions.