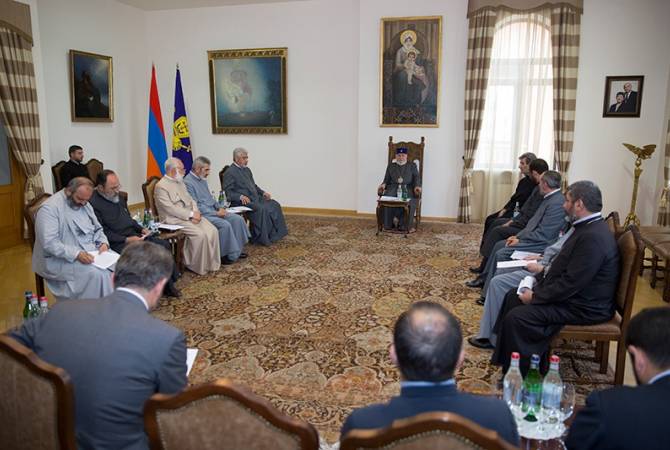 
YEREVAN, JULY 26, ARMENPRESS. The bishops and Diocese leaders of Armenia have issued a statement over Council of Europe Convention on preventing and combating violence against women and domestic violence (Istanbul Convention).

As ARMENPRESS was informed from the press service of the Mother See of Holy Etchmiadzin, the religious leaders note that the Church welcomes any measure, including a legal document, aimed at ruling our any domestic violence or violence in general. “Irrespective of the biological differences created by God, all people enjoy the same care of God”, reads the statement, adding that prevention of violence as well as any other evil should never lead to another sin or evil. “In this context, some of the ideas and concepts of the Convention raise concerns”, says the statement, clarifying that the formulations and explanations that define a 3rd sex apart from female and male are incompatible with the moral understandings of the Church”, reads the statement, citing the relevant provisions of the Convention that allow an individual to choose his own gender.

“The Christian Orthodox understanding of human rights and freedoms rules out the distortion or modification of the Godly created identity of an individual”, emphasizes the statement.

The Church leaders also raised concerns over the fact that some provisions of the Convention are in contradiction with the Church's invariable doctrine about family. According to the Church doctrine a family can be formed only by the unification of man and woman, who become one body and one spirit by sacred marriage.

“Given the fact that there are extremely concerning points in the Convention from the perspective of our national-spiritual identity and security, we urge our authorities to refrain from ratifying the document”, reads the statement.