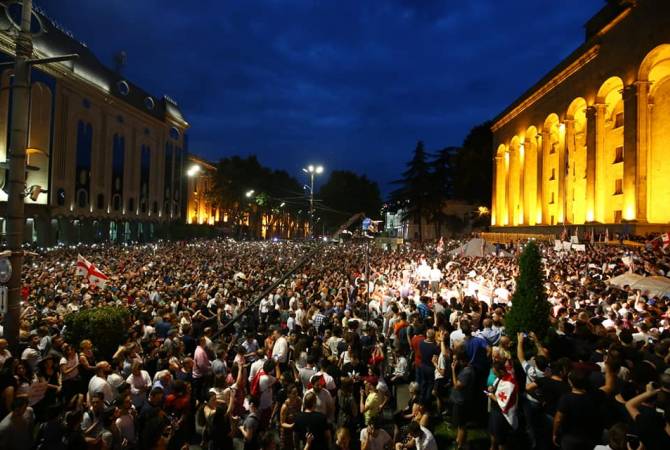 
TBILISI, JUNE 22, ARMENPRESS. The diplomats of the Armenian Embassy in Georgia today visited Armenian citizen Minas Minasyan who is arrested following the clashes that launched in Tbilisi on June 20.

“We inform that the Armenian citizen has no complaint and problem and mentions that he is treated with respect. Today the representatives of the Public Defender’s Office of Georgia also visited him. The Armenian Embassy diplomats also organized a telephone conversation between the detainee and his relatives, and also reached an agreement with the authorities of the detention facility to organize a meeting between the detainee and his parents as soon as possible. The Embassy has also filed an appeal to the court through its attorney to cut the detention term of the Armenian citizen. The Embassy will provide additional information on further developments of the case within a short period of time”, the Embassy said.

Armenian citizen is among the people arrested in Georgia during the ongoing clashes. Armenian citizen Minas Minasyan, born in 1995, studies in Tbilisi. He will stay in administrative detention for 13 days for failure to obey the lawful order of the police officer.

On June 20, several thousand protesters converged on the parliament in downtown Tbilisi, demanding the resignation of the interior minister and the parliament’s speaker, and tried to storm the building. In response, police used tear gas, rubber bullets and water cannons to disperse the demonstrators. According to Georgian media, dozens were detained, 240 people suffered injuries.