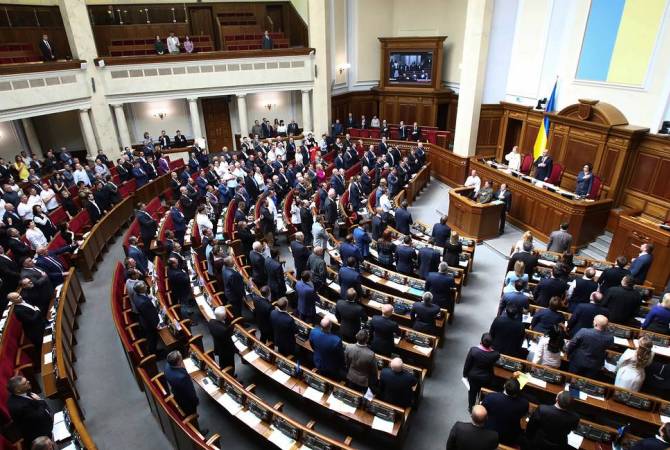 The PM’s note of resignation was backed by 97 MPs, with the minimal necessary number being 226. Thus, the government will continue fulfilling its duties in full composition.

Before the voting PM Groisman said he will accept any decision adopted by Rada. Immediately after the voting he announced that he is ready to continue working, stating that currently the country is in a difficult situation. “For example, this year we will have to pay 417 billion hryvnias ($15.6 billion) as national debt service payment, which is one-third of Ukraine’s budget”, the PM said.

Vladimir Groisman promised to continue the reforms and said that “these reforms will take less time if parliamentary factions join and vote”.

The Ukrainian prime minister declared his decision to resign on May 20, after Ukrainian President Vladimir Zelensky stated during inauguration in his address to the Ukrainian people that the government should be dissolved. Under Ukraine’s Constitution, the government automatically resigns after new Verkhovna Rada is elected, not after a new president’s election. Thus, Zelensky has no legislative powers to make the cabinet of ministers resign ahead of the July 21 early parliamentary election.

Vladimir Groisman has served as Ukraine’s prime minister since April 14, 2016.