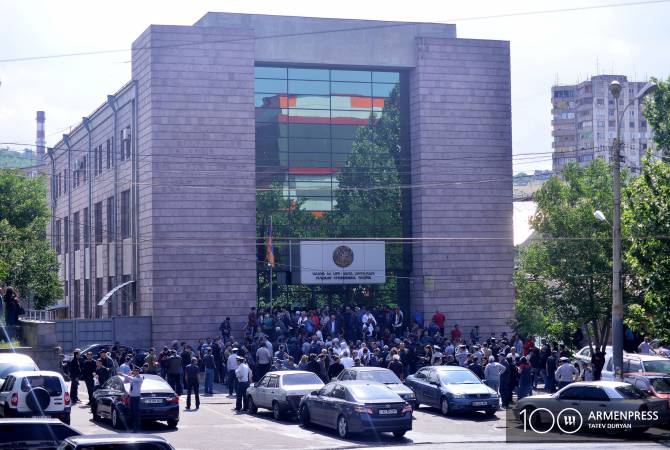 
YEREVAN, MAY 20, ARMENPRESS. Citizens are blocking courthouses in Yerevan since early Monday morning as Prime Minister Nikol Pashinyan called on supporters to do so in the evening of May 19.

In Yerevan, the Supreme Judicial Council’s building, the Constitutional Court building and the Kentron and Avan courthouses of the Yerevan Court of General Jurisdiction are already blocked by dozens of protesters.

Yerevan City Councillors, as well as ruling My Step Alliance Members of Parliament are also participating in the protests.

Prime Minister of Armenia Nikol Pashinyan is expected to address the nation at 12:00.

There are no reports about similar protests outside Yerevan as of now.