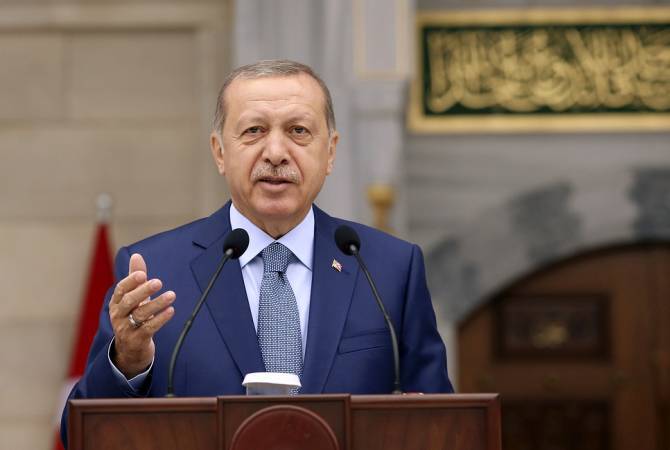 
YEREVAN, APRIL 24, ARMENPRESS. Turkish president Recep Tayyip Erdoğan has sent a letter to Archbishop Aram Atesian, general vicar of the Armenian Patriarchate of Turkey. ARMENPRESS reports Erdoğan again called the 1.5 million Armenians who fell victim to the genocide organized and perpetrated by the Ottoman Empire “Armenians who died during the course of World War I”.

Erdoğan emphasized in the letter that he with respect he commemorates the Ottoman Armenians who died in hard conditions during World War I.

Despite the continuation of oppressions against ethnic and religious minorities of Turkey, Erdoğan said that peace, security, and happiness of Turkey's Armenian community are greatly important for Turkey. He said that “Turkey will continue supporting Armenians for solving their problems”.

Erdogan added that the Armenian community has raised many valuable young people to contribute to Turkey’s well-being.