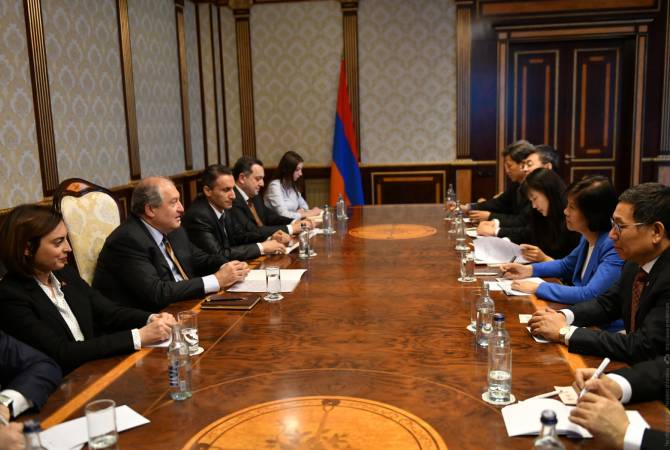 As ARMENPRESS was informed from the press service of the President’s Office, greeting the guests President Sarkissian noted that Armenia and China are ancient countries with centuries-old tradition of cooperation since the times of the existence of the Silk Road. The President highlighted the development of the cooperation already in the 21st century in the sidelines of the One Belt One Road program initiated by the top leadership of China. “It’s time for Armenia to become part of the new Silk Road”, President Armen Sarkissian said.

Speaking about the necessity to activate the existing cooperation, the Vice-Chairwoman of the National People's Congress Standing Committee highlighted the friendly relations with Armenia.

The sides underlined that there is huge potential for developing relations between the two states. They particularly highlighted the expansion of cooperation in the spheres of development of infrastructures, mining industry, protection of the environment, tourism, high technologies and artificial intelligence.