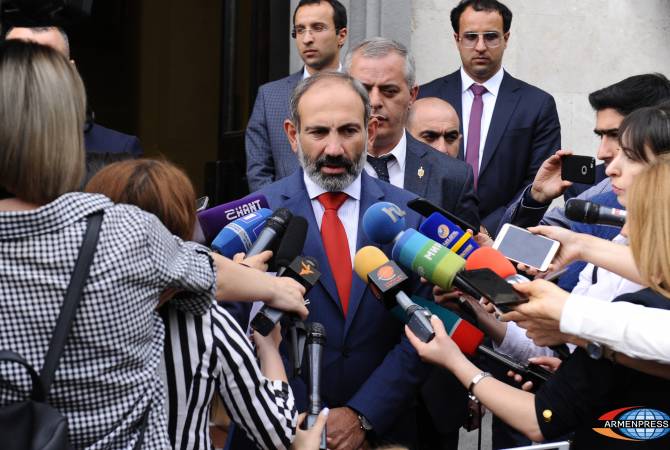 
YEREVAN, JANUARY 30, ARMENPRESS. The meetings with Azerbaijani President Ilham Aliyev are not negotiations, they are unofficial contacts during which exchange of ideas are simply taking place, Armenian PM Nikol Pashinyan told reporters today referring to his recent informal meetings with Aliyev.

Asked by reported about the rumored so-called “territory for peace” thesis, the PM said:

“We can’t at all even discuss the “territories for peace” theorem”.

The PM noted that in the NK settlement issue the current government is carrying out a policy that no other previous government has done before.

“Drawing any parallels and attempts to find any similarities with previously implemented policies are delusion”, he said.

Asked whether there is an initiative from the OSCE Minsk Group Co-Chairing countries on boosting and restarting the talks, Pashinyan said: “This issue is in the agenda of discussion of the foreign ministers”.

13:12, 05.10.2022
2520 views Armenia’s proposals handed over to Azerbaijan in Brussels include also status, security of Artsakh – Ambassador-at-large