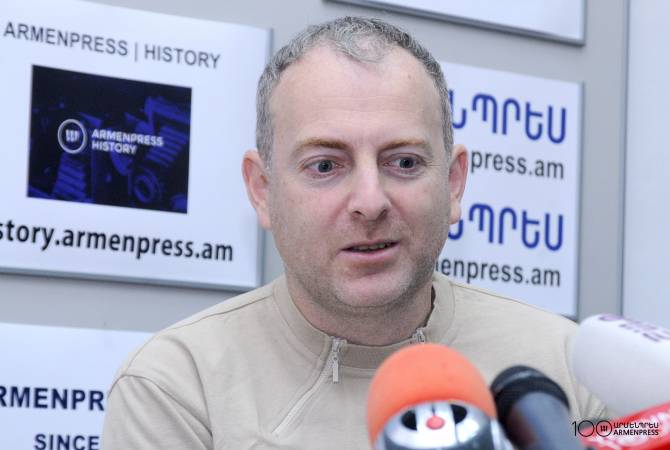 
YEREVAN, JANUARY 22, ARMENPRESS. Russian-Israeli travel blogger Alexander Lapshin, known for his highly publicized arrest and illegal extradition from Belarus to Azerbaijan, wants to tell about the Azerbaijani shelling of Armenian villages in one of his blogs.

“I have applied to the press service of the defense ministry asking to allow me to visit the border zone so that I can tell about the life of the people living in the villages which are shelled by Azerbaijan. That is [Armenia’s] Noyemberyan region and several other regions”, Lapshin said during today’s press conference in Armenpress.

The blogger had already visited Armenia four times, but this time he came with an exclusively cognitive visit.

“I want to rent a car to tour the country, to see what I haven’t seen yet. I have sent a request, would also like to see the Syunik province”, he said.

Lapshin was arrested in 2016 by Belarus police after being declared internationally wanted by Azerbaijan. The blogger was blacklisted by Azerbaijan for visiting Artsakh.

Lapshin was extradited to Baku in early 2017, a move that sparked outrage among human rights activists and others.

He was sentenced to three years in jail by Baku, but was pardoned by President Ilham Aliyev on September 11, 2017.