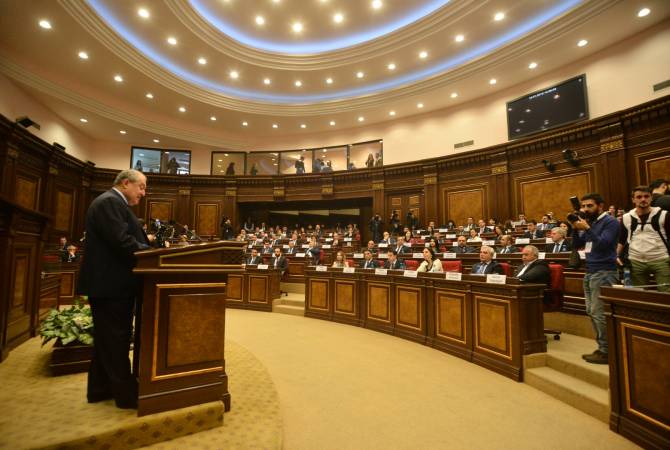 
YEREVAN, JANUARY 14, ARMENPRESS. The results of the 2018 December 9 early election endowed high legitimacy to the incumbent National Assembly, President Armen Sarkissian said in remarks addressed to lawmakers of the 7th parliament during its inaugural session.

“With the formation of the new National Assembly and new government, the first phase of political changes is ending, and the next phase – the phase of fulfilling hopes and promises, coherent, persistent and daily work is beginning. Dear Members of Parliament, you have received broad opportunities for fulfilling the ideas of the velvet revolution and justifying the expectations of the society on building a new Armenia,” the president said.

The president added that the success of the lawmakers will also greatly depend on support from citizens and their participation in the public, political, economic, cultural and educational life.