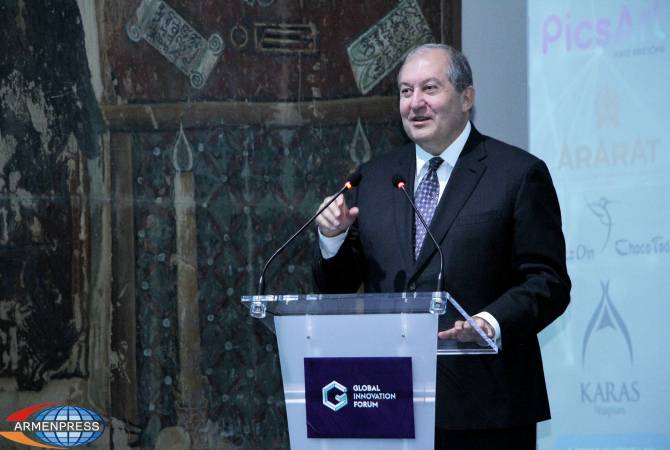 
YEREVAN, OCTOBER 29, ARMENPRESS. The representatives of scientific and technological centers from 20 countries of the world will participate in the Global Innovation Forum titled “Engineering the Evolution” from October 29 to 30, reports Armenpress.

The Forum is being held in Armenia for the first time.

“I like very much today’s headline, we need to be a part of that evolution development. The evolutionary changes at the beginning have taken place once a century, than every 50, 30 years, soon they will become every 10, 3 and 1 years. The humanity and especially those who keep the gateway of civilization should be ready for that. Evolution is infinite, we have discovered only small part of it”, the President said.

The Global Innovation Forum is being held in Armenia by the Foundation for Armenian Science and Technology (FAST) with the support of the Armenian Scientific Diaspora Association. The international forum gathered leading specialists in the fields of artificial intelligence, robotics and automatic systems, biology, businessmen, scientists from nearly 20 countries of the world.