PM’s August 17 meeting in Republic Square attended by up to 150.000 people 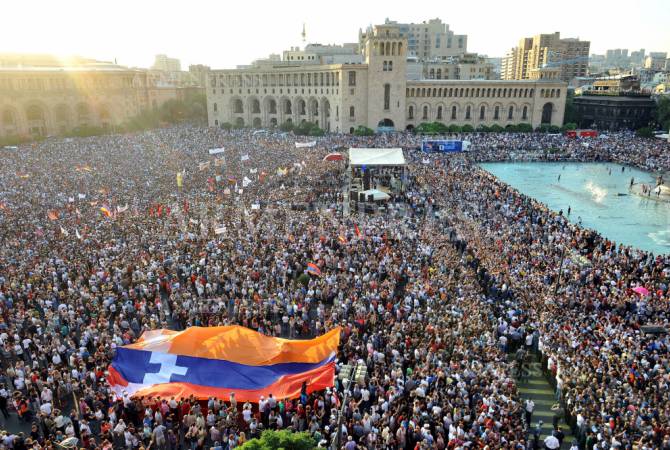 “The August 17 meeting, which was convened by the PM aimed at summing up 100 days of the government’s activity, was attended by up to 150.000 people as there were also people outside the Republic Square”, he said.

He informed that during that day the Police conducted high-level service as a result of which no incident occurred during the meeting.