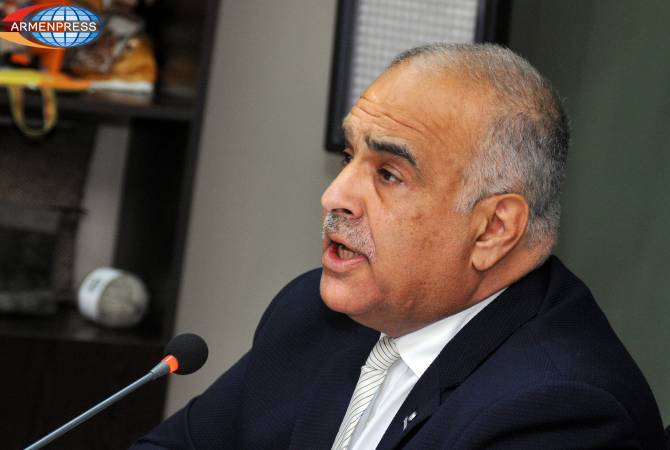 “In order to complete this transitional period after the recent “Velvet revolution”, those who feel themselves responsible for this success, should participate with a single list. We consider ourselves as principled and modest participants of this long fight and we have proposed to discuss the option to participate in the elections jointly with the Civil Contract party, since we consider wrong the approach when the revolution is divided by party lists. Although we haven’t received a response yet, but I hope there will be changes in terms of the mindset before the parliamentary elections”, he said.

Hovhannisyan informed that today they will release the first three numbers of their list for the City Council.

“3 candidates for the first three numbers of our list are being discussed: mine, that of party president Armen Martirosyan and the candidacy of a third person who is not included in the board”, Raffi Hovhannisyan said.

He stated that their political force supports PM Pashinyan’s government and positively assesses the government’s activity in the past 100 days. Hovhannisyan said he also supports the Constitutional amendments proposed by the PM.

“I support the idea of referendum and new Constitution, but its optimal timeframe will be after the snap elections, but before that the parliamentary elections should held as soon as possible with this Constitution”, he said.

Raffi Hovhannisyan also commented on the statement of 2nd President of Armenia Robert Kocharyan according to which he returns to politics. Hovhannisyan said that is Kocharyan’s right and he must be provided with an opportunity to express.

“Kocharyan has a right to return where he would like to, be it politics or prison. It’s necessary to keep the presumption of innocence, allow him to speak, answer to the questions of reporters, but he should also accept that a large part of the society may not agree with his views”, he said.