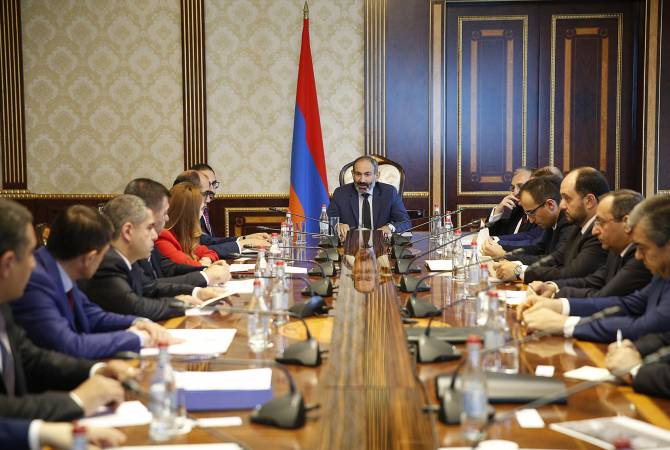 
YEREVAN, MAY 21, ARMENPRESS. Consultation was held in the Armenian government led by Prime Minister Nikol Pashinyan during which the ongoing preparation works of the 17th summit of the International Organization of La Francophine were discussed, the government told Armenpress.

The PM attached importance to organizing and holding the summit at a high level. “It’s an unprecedented event with its scale in the history of the third Republic. We should do everything for this event to be historic not only for Armenia, but also for the International Organization of La Francophonie”, PM Pashinyan said.

The responsible persons reported that heads of nearly 50 state and government will attend the summit. The participation of the delegations of the Francophonie partner structures is also expected. More than 100 delegations are expected to arrive in Armenia: the total number of guests will comprise up to 5000 people. The foreign ministers conference will be held three days before the two-day summit, which will be proceeded by the session of the permanent council. An economic business forum will be held on the sidelines of the summit. It was reported that the logo, slogan of the summit ‘Living Together’ have already been approved, a special website will be created.

During the consultation the PM was reported on the works aimed at ensuring infrastructures and solving several technical issues.

PM Pashinyan said regular consultations will be held over the organization of the summit aimed at reacting to all possible issues on time and quickly solving them.