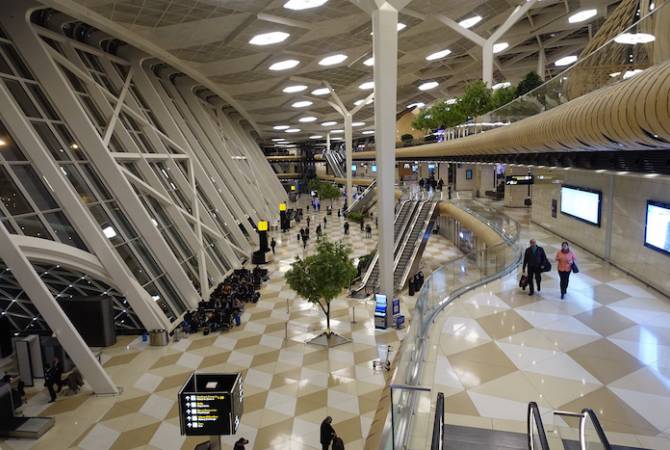 
YEREVAN, MARCH 28, ARMENPRESS. Azerbaijani authorities have banned Karine Oganesyan, an ethnic Armenian citizen of Estonia, who serves as a member of the Tallinn city council, from entering the country at the Baku airport. Oganesyan said on Facebook that she departed to Azerbaijan on March 23 to participate in an international conference of teachers.

Oganesyan had officially received an electronic visa and departed to Baku as part of the Estonian delegation. But, immediately upon arrival in the airport, Azerbaijani authorities noticed the Estonian citizen’s Armenian surname, and barred her from entering the country and sent her back to Estonia after 12 hours of detention in a special zone.

Armenia’s Ambassador to Estonia Tigran Mkrtchyan weighed in on the incident, saying: “This conduct once again displays the racist and intolerant nature of Baku authorities. Baku, which is absorbed in anti-Armenian policy, is once again displaying cynical conduct towards European values, values which are so strange for itself. I hope the Estonian side will make conclusions and will adequately react to this  deplorable story, and will  protect the interests of its citizen. European institutions shouldn’t remain indifferent too, since Estonia is a EU member and Karine Oganesyan is a EU citizen.

And generally, if any country is unable to receive all participants and accompanying staff who were invited to international conferences based on various motives, then the appropriateness of organizing similar events in the given country should be seriously revised”.

11:56, 01.27.2020
Viewed 3284 times Pilot of helicopter that crashed in US killing basketball legend Kobe Bryant was of Armenian descent