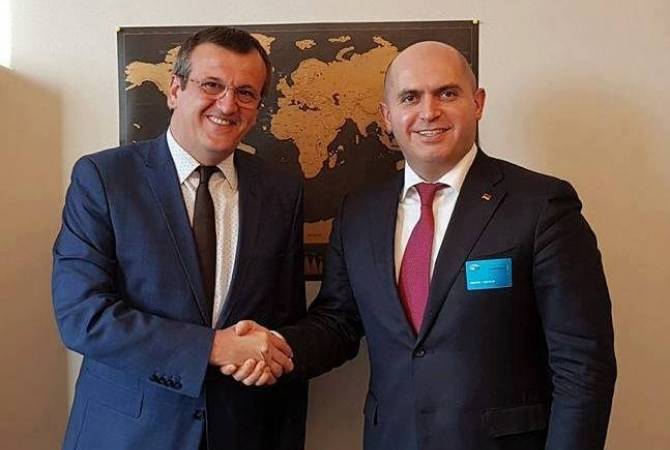 
YEREVAN, JANUARY 31, ARMENPRESS. While on a working visit in Brussels, Armen Ashotyan – chairman of the Armenian parliamentary standing committee on foreign affairs, had meetings with his partners from the European Parliament on January 30, the Armenian Parliament told Armenpress.

Armen Ashotyan also met with Sandra Kalniete, Vice-Chairwoman of the EPP Group. The priorities of political partnership at the bilateral level were discussed. In the context of ongoing reforms in Armenia the sides attached importance to the principle of the inclusion of social component. They also highlighted the role of parliamentary partnership in ensuring trust environment.

Ashotyan also met with Cristian Dan Preda, foreign affairs coordinator at the EPP Group. During the meeting the officials attached importance to the signing of the Armenia-EU new agreement and ensuring its smooth ratification process in the national parliaments. “We expect from the European Parliament to ratify the new agreement with Armenia until the EP elections in 2019”, Ashotyan said.

The officials also discussed regional security challenges and the productive cooperation between the parliamentarians.