US Embassy in Haiti closed due to anti-Trump protests 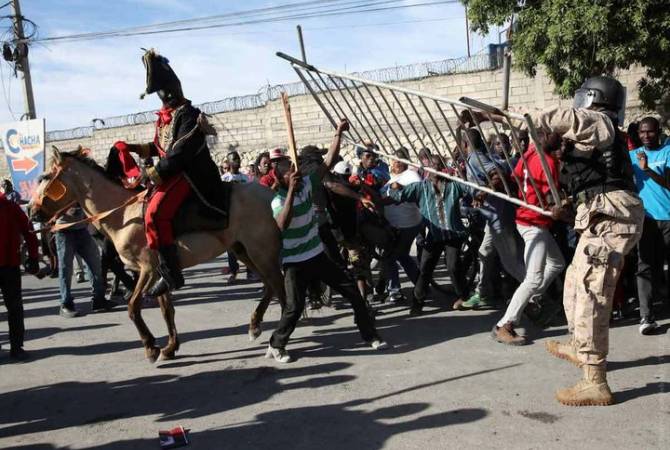 
YEREVAN, JANUARY 23, ARMENPRESS. The US Embassy in Haiti’s capital Port-au-Prince has been closed due to the large-scale protests against the policy of US President Donald Trump, Associated Press reports.

The local Police set up barricades to protect the Embassy building from the protesters. Some protesters threw rocks on the Police, but the officers eventually fired several rounds of tear gas.

The Embassy sent its employees to a safe place.

The protests in Haiti launched after the disregarding remarks by Donald Trump.