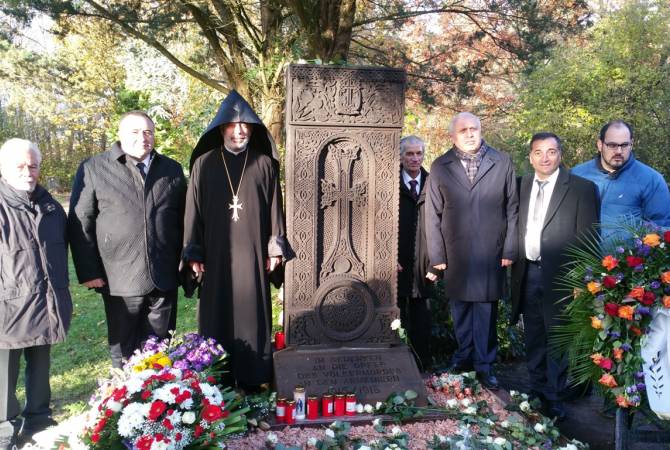 
YEREVAN, NOVEMBER 20, ARMENPRESS. A cross-stone dedicated to the memory of the Armenian Genocide victims was erected at the German city of Cologne on November 18 by the initiative of the Armenian community, the Armenian foreign ministry told Armenpress.

After the consecration ceremony numerous participants attended the commemoration event at Cologne’s church.

During the event a number of officials, including the head of the Armenian community of Cologne, Armenia’s Ambassador to Germany, deputy Mayor of Cologne, as well as others delivered remarks.

They attached importance to the installation of the cross-stone and stated that paying tribute to the memory of the Armenian Genocide victims is a part of Germany’s memory policy.