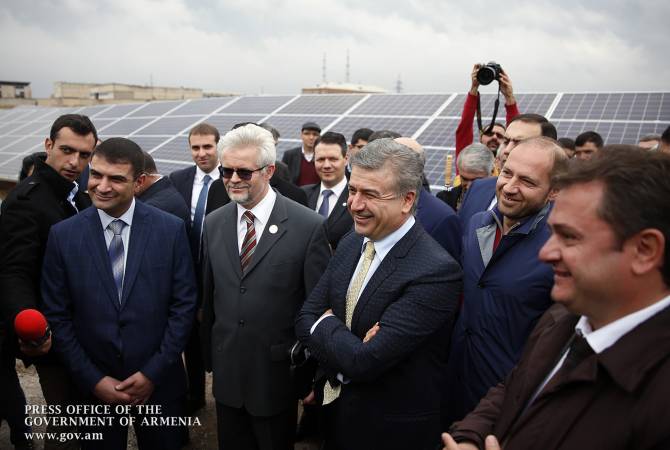 As ARMENPRESS was informed from the press service of the Government of Armenia, it was mentioned that this unique project is of key importance for Armenia’s solar energy, environmental protection and economic development.

The project was implemented by the group of Armenian investors (Eduard Marutyan, Arayik Karapetyan, Zaven Sargsyan, Hayk Chobanyan) and was co-funded by the German-Armenian Found in the sidelines of “Support to renewable energy” and KFW Bank. “Solar Production” company implemented the project. Arpi Solar Company designed and constructed of the solar station.

After the opening ceremony Premier Karapetyan had a private conversation with Secretary General of the Energy Charter Urban Rusnak. The Head of the Executive mentioned that energy sector is one of the fast developing spheres of Armenia’s economy, and the state highlights its diversification. Urban Rusnak saluted the activities of the Armenian Government aimed at ensuring energy security of the country.