EU has many reasons to put an end to Artsakh’s isolation: AGBU’s petition continues 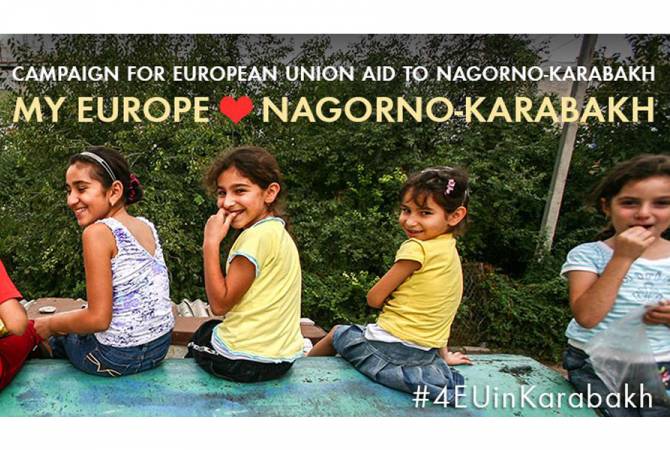 
YEREVAN, OCTOBER 10, ARMENPRESS. The increase of number of signatures within the frames of ‘We Want Europe in Artsakh’ campaign launched by the Armenian General Benevolent Union (AGBU) will force the EU political figures to show more concrete approach on the Artsakh political and economic issues, Tatev Manukyan – foreign affairs officer at the AGBU Europe, told Armenpress.

“At the initial stage of the launch of petition we have attracted more than 60 European political and non-political famous figures, including MEPs, lawyers, publicists, writers and etc. This means that the priority goal of the petition is information directed to the EU officials through which we call on the EU to engage in Artsakh, provide financial assistance since unlike the remaining internationally unrecognized territories – South Ossetia, Abkhazia, Transnistria, Northern Cyprus, Artsakh is the only one which doesn’t receive financial assistance from the European Union”, Tatev Manukyan said.

She said they have also engaged EU officials who were unaware of Artsakh and its issues.

“In other words, in terms of practical steps I can state that through a petition we increase the engagement and awareness of EU political figures, decision-makers about Artsakh by trying to put an end to its political and economic isolation since we understand that we deal with a neighbor which invests significant political and diplomatic resources to intensify Artsakh’s blockade. Some of the European officials, to whom we applied for the petition, were already interested in and were informed about Artsakh’s issues, but our team made and makes great efforts to attract certain European high-ranking officials who didn’t deal with the Artsakh and regional issues during their activities”, Tatev Manukyan said.

She said it is still unrealistic to talk about the concrete final result since this initiative is still the beginning of a lobbyist campaign which should have a domino effect.

“Since the end of the Artsakh war in 1994 the EU has not established any link with Artsakh and has not provided any assistance. The international human rights and humanitarian organizations simply do not exist in this territory. The EU’s only program with Artsakh is the ‘European Partnership for the Peaceful Settlement of the Conflict over Nagorno Karabakh’ which promotes dialogue between Armenia and Azerbaijan, but it doesn’t provide any assistance to the Artsakh people. Each signature is important for increasing that domino effect, thus we call on everyone to join the petition”, she said, adding that ensuring peace in the region more than derives from the EU’s humanitarian principles and policy, and based on these principles the EU has many reasons to put an end to Artsakh people’s isolation.

The petition launched in July. 2702 people already joined it.